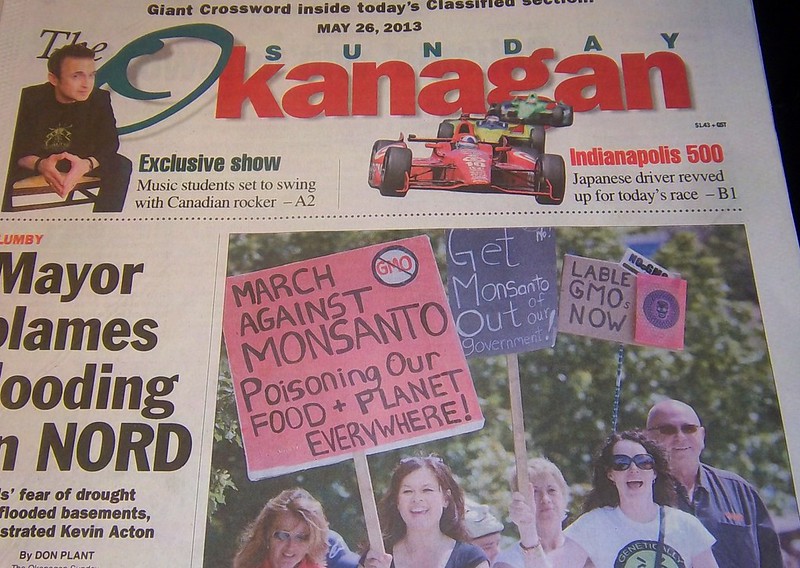 A recent report from the Iowa-based Institute for Responsible Technology (IRT) presents evidence that genetically-modified organisms (GMOs) may trigger celiac disease and gluten-sensitivity.

It is essential to distinguish that, although celiac disease involves an auto-immune reaction to protein in wheat, the wheat we eat is not a GMO. Wheat has been intensely hybridized for decades, but as yet it has not had bits of genetic material from other organisms grafted into its DNA, which is what creates a GMO. However, GMOs might trigger the auto-immune disease.

Here is an example of a GMO: scientists have introduced genetic material from the bacterium Bacillus thuringiensis (Bt) into crops such as cotton and corn. These plants produce a Bt substance toxic to insect pests, reportedly safe for humans and the environment.

But research draws this safety into question. In a video on the above link, Jeffrey Smith, author, activist and executive director of IRT, holds a compelling conversation with nutritionist Tom Malterre. While veering toward speculation, they present many points of evidence and logic as to how GMOs could trigger gluten sensitivity as well as a range of other auto-immune and inflammatory disorders.

Bt toxin kills insects by perforating cells in the gut lining. Despite claims that it was safe for humans, research has shown it has the same effect in us. This causes a leaky gut condition allowing larger molecules to cross the gut lining, a condition already implicated in onset of celiac disease.

But this is just one connection discussed in the report. Some other harmful effects of GMO foods might include disrupting the balance of gut microflora, aggravating immune responses, impairing digestion of vitamins, proteins and other nutrients, and damaging the architecture of the intestinal wall.

I recommend watching the entire video. While some technical points may be hard to understand, it presents key concerns and approaches for future research.

Malterre recommends the gluten-free diet to address other auto-immune and inflammatory diseases such as autism and irritable bowel syndrome. However, he recommends combining it with a GMO-free diet to treat the same spectrum of disorders, including celiac disease and gluten sensitivity.

I mentioned wheat at the beginning because modern hybrids of the crop have also drawn concern as triggers for celiac disease. William Davis’s book Wheat Belly (2011) stirred the controversy, but the weight of research so far has not supported his argument that the gluten in these hybrid strains is particularly toxic.

In An Epidemic of Absence, journalist Moises Velasquez-Manoff instead addressed concern about how the Western diet and lifestyle is changing the ecology of organisms that live in our guts. Velasquez-Manoff expressed doubt about Davis’s premise when I spoke to him earlier this year. His line of investigation appears more consistent with Malterre’s and Smith’s arguments.

If not wheat, what foods should we avoid to eliminate GMOs from the diet? Soybeans, corn, canola, cottonseed and sugar from sugar beets are particularly suspect. But for more complete information, refer to the Non-GMO Shopping Guide.

Photo courtesy of Derek Visser on Flickr via Creative Commons.

3 thoughts on “A link between celiac disease and GMOs”