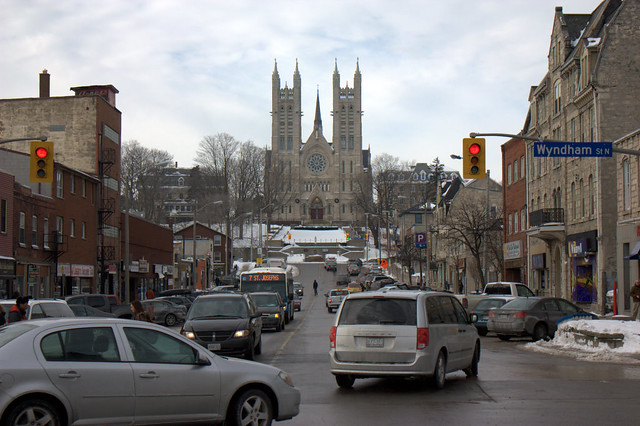 In a biography by Glenda Dawn Goss, Sibelius: A Composer’s Life and the Awakening of Finland (University of Chicago Press, 2009), I came across a startling early idea about the sound of cities.

Jean Sibelius has been my favourite composer ever since I was a teenager conducting Symphony No. 2 in a darkened living room. His music is as distinctive and unusual as any from the orchestral tradition. He belonged to a Finnish golden age of artists who brought expression to their culture in the late 19th and eartly 20th Centuries after 600 years of Swedish and Russian oppression.

One frequently hears about nature’s influence in Sibelius’s music. It readily evokes dramatic shorelines, dancing water and rarefied light of a northern landscape. For me, over the years it has even resonated with my love of the beauty of Canada. I recall CBC Radio broadcaster Tom Allen also observing this affinity.

When the 20-year-old Sibelius left his small home city of Hämeenlinna for Helsinki in 1885, he arrived amid rapid technological change. Finland had adopted telephones eight years earlier, almost immediately after their invention. Railways were changing the map of Europe. Electric lights relieved the protracted winter night at 60°N.

In a letter to his beloved Uncle Pehr (who was also financing the young composer’s studies), Sibelius wrote how the sounds of the city inspired him to invent an experimental chord:

If, for example, one imagines a city with several factories, the cotton factories could, for instance, have low C; the sawmills, the [minor] second, E-F; the iron factories, G-A-flat; and all the other factories, C-D flat…This chord is a sexdecim chord which is not found in any music other than my experimental music. This chord has a highly peculiar effect on people and animals. I think that the many seconds vibrating in the air cause electricity, and this in turn is transformed into animal magnetism in people and animals which again remolds the activities of the entire animal kingdom. After a century in the city I have described, natives and animals would be highly peculiar. The task of the composer would be to compose pieces in which the tonal vibrations would be raised to the highest number possible. A profitable time for music!

This passage seems almost prophetic. A person cannot live in the city without being affected by its music. Traveling between Guelph and Toronto I have frequently been impressed with a bass note that pervades the metropolis but does not exist elsewhere. Yet even in the smaller city you never escape the distant drone of traffic and machinery.

Here is an engaging track of sounds apparently recorded in New York City.

It is impossible to recreate the sounds of 1880s Helsinki, so we must use imagination.

Here is one of Sibelius’s early works to win acclaim, Intermezzo from the Karelia Suite, written for a patriotic pageant in 1893. It is inspired by folk music and could be interpreted to paint a picture of open country, yet it emanates an unmistakeable urban glow and bustle.

Now if you are still with me, get comfortable and listen to this live performance of his profound, enigmatic and controversial Seventh Symphony. Many people regard it as an utter failure, others consider it one of the greatest masterpieces of orchestral music. I belong to the latter camp.

Appearing almost 30 years later, it would be Sibelius’s penultimate large orchestral composition before he fell mysteriously silent. It bears the impact of a much larger work condensed into one 24-minute movement.

It can paint rustling forests and dramatic headlands to the inner eye, but now it begins to suggest an urban alternative. See what you think. At 10:55 note the premonition of getting stuck in rush hour traffic on Highway 401.

Sibelius eschewed programs for his symphonies, i.e. he avoided narratives popularized by earlier Romantic composers, either detailed (Mahler) or symbolic (Tchaikovsky). If Sibelius had a specific tale in mind, he would not want us to know. But really this is pure music unencumbered by any meaning that can be expressed in words. So perhaps I cheapen it by superimposing any images.

Still, I cannot help appreciating it as the course of a day in the city, reminiscent of Vaughan Williams’ London Symphony (1913), more literally a city in four movements, or Richard Strauss’s less subtle single movement about a day on a mountain, An Alpine Symphony (1915).

I will never listen to Sibelius’s music quite the same way again–or that familiar background rumble. I enjoyed finding this letter and insight, and look forward to further revelations from Goss’s excellent biography.

1 thought on “Sibelius’s music of cities”