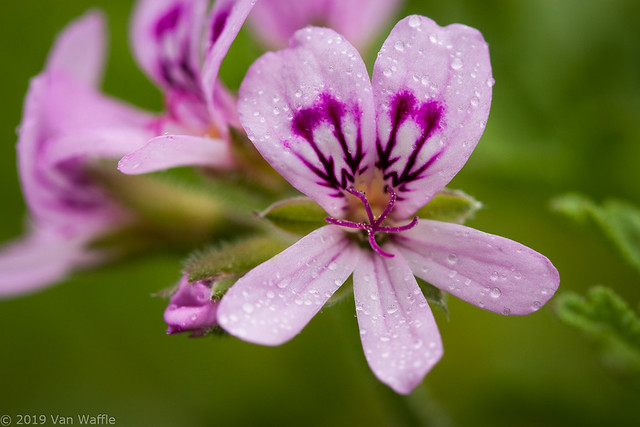 Before you judge me, let me explain. I had to have a rose geranium in my garden this year. No local sources offered plants so I ordered it from that purveyor of naughtiness, Richters Herbs.

Confession time: I’ve been a Richters customer for more than 40 years. Admiring the plant today reminded me of the double life I used to lead. As a kid I felt compelled to hide several deviant passions from my school friends. At home I listened to Classical music in the dark and dried herbs in the closet. I avoided working in the garden on Saturdays when other boys from my class frequented the golf course across the road. I didn’t want to be seen on my knees, digging, rubbing leaves and smelling plants.

In the 1970s growing herbs had not yet become as widely accepted as it is now. I didn’t believe herbalism would go over well in a small Ontario town, or anywhere else for that matter. You couldn’t buy sage or thyme plants at the average plant nursery. Even harder to find were those that can’t be propagated from seeds, such as tarragon and scented geraniums. You had to order them from seed or plant catalogues like Richters. I hid these at the back of a drawer in my filing cabinet.

Nowadays nurseries widely offer citronella geranium, also called mosquito plant. Along with parsley and thyme, every household can grow a token scented geranium just to repel insects. But after a few years when other varieties (chocolate mint geranium, lime, coconut) were more widely available, I had to turn to Richters again.

I suppose the recent rise of conservative populist gardening has seen a rejection of herbal diversity. Still, no one will look askance if you grow things like rosemary or basil, so useful in the kitchen. But growing herbs for mere pleasure?

I embrace it fully. Call me indulgent, crazy, sinful, perverse, an abomination, whatever you want. As I get older, I care less about what people think. I’m not embarrassed if the neighbours see me squeezing plant parts or crouching in the garden with a camera and big lens. 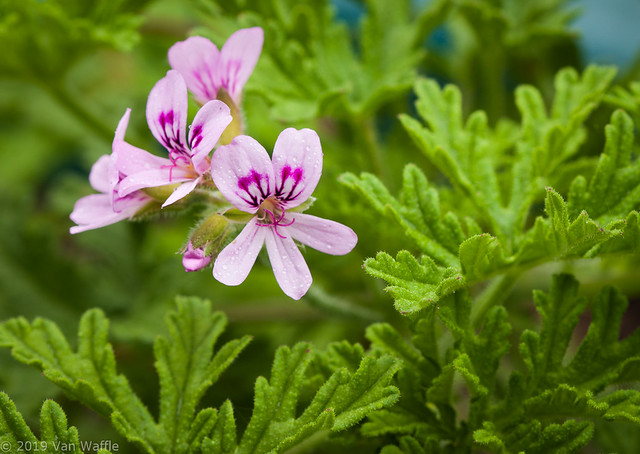 Few plants embody sheer sensuality like the rose geranium. One of my books from the 70s dismisses rose geranium flowers as “not showy.” Really? Compared to a sea of zinnias, maybe. This plants invites you to stop and look more closely. A macro lens reveals the blossoms to be practically pornographic, as dangerous as any orchid.

Even among plant taxonomists, rose geraniums spark controversy. Pelargonium graveolens, originally came from South Africa along with several other species of scented geranium. Once established in European gardens in the late 18th Century they readily hybridized, causing confusion into modern times. Richters identifies this plant as P. x asperum, one of the names most associated with rose geranium, which seems to be a hybrid of P. graveolens.

The leaves bear a fragrance like roses. If it smells pungent rather than sweet, it isn’t rose geranium.

The oil is used in perfumery. An Ontario company, neobniagara, sells rose geranium oil (along with another shameless product, lavender essential oil) grown and produced in the Niagara region. They have shops in four of the sketchiest tourist retreats anyone could think of: Niagara-on-the-Lake, Oakville, Elora and Stratford.

The smell is claimed to aid relaxation and optimism. Who knows what else? If you want to seduce someone to the clandestine power of herbs, add a rose geranium leaf to each jar when making apple jelly.

You won’t find any straight geraniums in my garden. Because honestly? They stink. 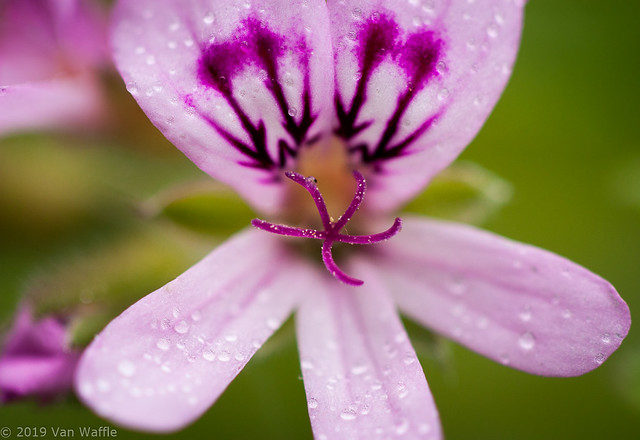 1 thought on “Rose geranium, out of the closet”