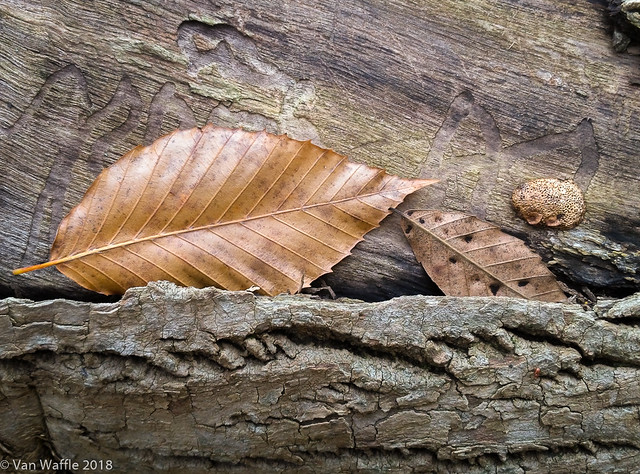 When the first camera phones appeared, I thought, “What a stupid idea!” I was wrong.

These days I walk in the woods primarily to connect with nature. A camera can get in the way – as I’ve written recently. I’m particularly drawn to macro photography, so it’s easy to let things on the ground distract me from the bigger picture.

I’ve begun leaving the DSLR camera at home most days. This feels like a sacrifice. It’s like the 20 minutes we might give up from whatever else we do in order to meditate. At first we encounter frustration, boredom, all the feelings that usually get ignored. But in facing them, we discover a richer world within.

Without the camera I pay more attention to the way the air feels, the sounds of rain or leaves falling or wind in the branches, the movement of the forest canopy. I pay more attention to clouds and light, rather than just worrying whether I have enough light for a photo, or whether it’s going to rain hard enough that I should return home. I prefer not to get the camera wet, but otherwise I’ll continue walking in the rain if dressed appropriately. 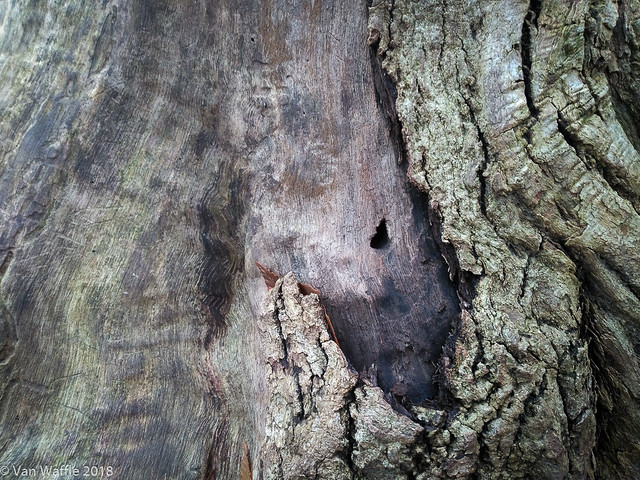 However, I still use a camera phone whenever I want. These photos usually only record things I see and want to remember to write about later. They are spontaneous and quick, hardly disturbing the pace of exercise, hardly disturbing my experience with the forest. Light from the sky washes out the screen of the phone so I can hardly see the image. Composition doesn’t take much time or attention. If I find something particularly compelling, I can always return with the DSLR camera later. With the phone quickly deposited back in its pocket, I continue my stroll.

So this series of four photos is particularly magical. They were taken on the camera phone within a 15 minute period this morning. They were selected from 15 photos taken during that period. I also stopped to commune with a beech tree, study its bark, and look up at the canopy.

Digital technology makes it possible to take thousands of images at no cost and discard the vast majority. It still requires skill and creativity to produce a work of art. However, it’s a much different craft from when we shot a roll of film then toiled in the dark room to overcome our mistakes.

But photography also involves some luck of the draw. This morning with the phone I could not give thought to depth of field, the right light, sharpness. I just saw things I liked, spent a moment composing them, then shot. My phone offers the ability to manipulate f-stop, shutter speed, and other ways of finessing an image, but I rarely use them. 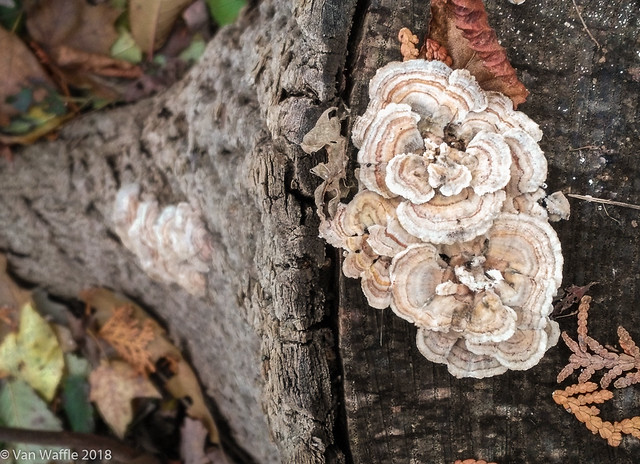 They don’t appear here strictly as shot. Phone photography benefits from some simple adjustments in Lightroom, as does DSLR photography: cropping, adjustments to exposure and clarity, spot removal.

The images lack high enough resolution for an art print, but they’re wonderfully presentable online, so what’s the difference? That’s another discussion entirely.

I love the complex, subtle palette of autumn colours, crisp textures begging for a touch, the playfulness of light across surfaces, the right depth of field in the image of turkey tail fungus above. These shots prove we have a universe of beauty right outside our doors if only we look for it.

Camera phones have democratized photography. This presents some problems, like the sheer volume of bad images, and the invasion of privacy by billions of people who haven’t learned to weigh the consequences. I’ll admit to a prejudice against heavily manipulated images. Hopefully the opportunity in time will bring not only more artistic license but also literacy.

I get my phone free every two or three years with a service contract. These images show practically everyone has a tool to capture remarkable photos. In fact, a phone is a great camera to start with for anyone who wants to get into photography more seriously.

Constraints are good. They are a powerful stimulus to creativity. Limitations can also teach us patience. And patience and practice are prerequisites for excellence. 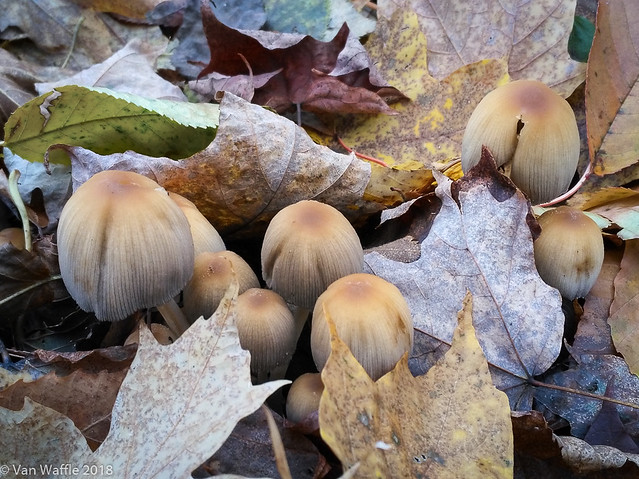 4 thoughts on “Astounding photography with a camera phone”