Addressing Why did consciousness evolve? Malcolm MacIver at Science Not Fiction theorizes it arose as animals left the sea and adapted to terrestrial environments. Life underwater requires short reaction times, he argues, because the range of senses, particularly sight, is limited. These circumstances don’t allow an organism to contemplate multiple futures or outcomes. In contrast, a terrestrial animal may see a predator or prey at a distance, and gains an advantage by being able to choose the best way to pursue or evade. 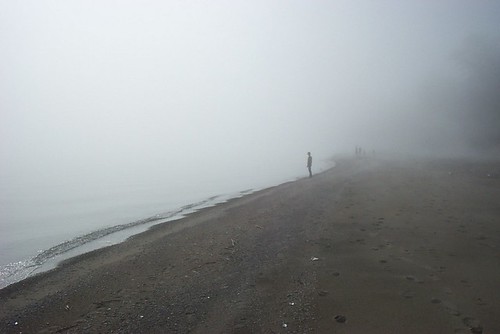 I suggest his argument fails to consider other animals making efficient use of senses other than sight, for example a dog’s smell or a bat’s echolocation. Sharks and other aquatic creatures rely on electroreception for remote sensing or communication, because salt water is an efficient conductor of electrical charge.

If consciousness were not useful underwater, it would follow that animal lineages returning to aquatic life would lose the capacity over time, cetaceans for example. However, whale and dolphin intelligence relies heavily on sonar for sensory input. On a completely different branch of the tree of life which does not descend from terrestrial organisms, octopuses possess powerful vision while demonstrating learning and problem-solving abilities.

Further to MacIver’s post, he argues that for “range for detailed imaging, there is nothing that beats vision.” He also mentions the theory that whales, in order to develop effective sonar, required the complex sensoria inherited from their terrestrial origins. Octopuses, in contrast, do not demonstrate the capacity for forethought so much as “powerful reactionary brains.”

The other part of MacIver’s question is: how we can modify our intelligence for more effective planetary citizenry? Good question. The role of vision may offer clues.