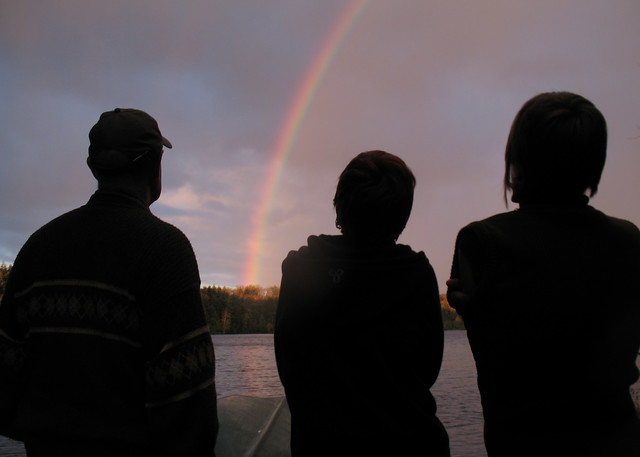 There was a rainbow outside my office window a minute ago. I don’t mind taking it as a symbol of hope. It disappeared before I could take a photo. Some things we see are for our individual eyes only.
I’ve had a difficult spell of depression this year, starting sometime in the summer. It was frustrating and maddening after having such a good year with no depression in 2014. I think I’m feeling better now but improvement, like Andromeda Galaxy, is harder too see if you look too closely.
I’m used to it. I know what to do to make things better. It calls for hard work at a time when I lack the necessary energy. Usually it doesn’t scare me, except on a few bad days. Mostly it makes me listless and nonverbal, a hard thing for a writer.
Maybe that’s part of why I am a writer. I didn’t try to contact new clients while I was depressed, but continued to take work assignments from anyone I knew. Everything I wrote was an affirmation of life. Unfortunately, when you’re depressed you overlook and forget the triumphs.
Some of the challenges have to do with our new home. There’s nothing I dislike about it, but I need to be more creative about giving myself the gift of daylight. I miss having a large vegetables garden, which took me outside every day all summer in 2014 and was largely responsible for preventing any depression that year.
I’m practically the opposite of many people with seasonal depression. It starts with the dog days of summer. The radiance of early autumn seems piercing and terrible. November is a hard climb. I start to feel better in December when the trees are dark and skeletal, and a low midday sun shines in the windows. By January I’m well again. It’s a serious time for new beginnings, routines and hope.