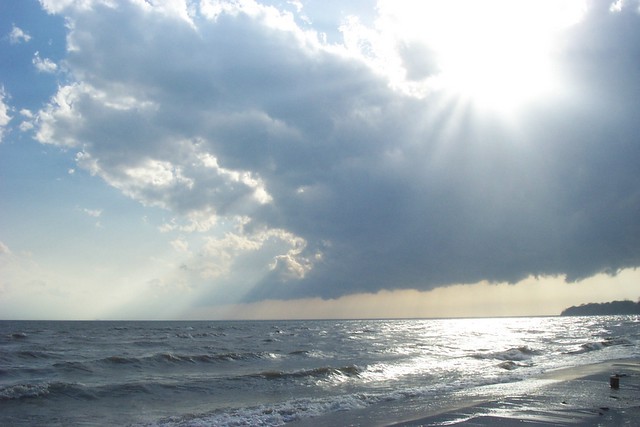 In a recent post about a visit to the beach where I grew up, I mentioned Lake Erie had responded well to international efforts to clean up pollution. Such was the case in 1990s, but no longer, as current news and debates are headlining. Earlier this week, a severe bloom of poisonous algae left 400,000 people in Toledo, Ohio, without safe drinking water.

I haven’t kept up-to-date because I don’t live there anymore. It’s easy to go back for a few hours, see things looking the same and assume they haven’t changed. Still, my ignorance is inexcusable. When I flush my toilet, the water ultimately goes to the Speed River of this blog, and, via the Grand River, drains into Lake Erie.

The lake’s water quality has been declining (again) for the past decade or so. A severe algal bloom caused problems in 2011, and one municipality in Ohio lost drinking water last summer. People have called for action, research has been done and recommendations have been made, but now many people are wondering why this hasn’t led to more action, and who is to blame.

Pollution in Lake Erie in the 1960s and ’70s resulted largely from sewage effluent. That problem has been addressed, and led to cleaner water 20 years later.

This time there’s a different culprit. As reported by CBC News, the International Joint Commission released a report in February, blaming farmers. Fertilizer makes runoff rich in fertilizer, which feeds an overpopulation of algae.

Before we return absentmindedly to our garden parties and barbecues, let’s think about who eats the farm produce. Or more to the point, who needs the energy that had boosted corn crops for ethanol production? And while agriculture produces the majority of pollution, a lot also comes from lawns and golf courses.

We need to reduce our dependency on phosphorous fertilizers.

As for the zebra mussels, which I speculated had helped clean up the lakes with their filter-feeding activity, apparently they release additional nutrients into the water, increasing the problem. And while they remove suspended particles for clearer water, sunlight penetrates deeper, increasing the growth of water plants, fouling beaches. Essentially, they’re changing the ecology of the Great Lakes, and it’s no improvement for native species. So there’s no reason to like these toe-slicing invaders. 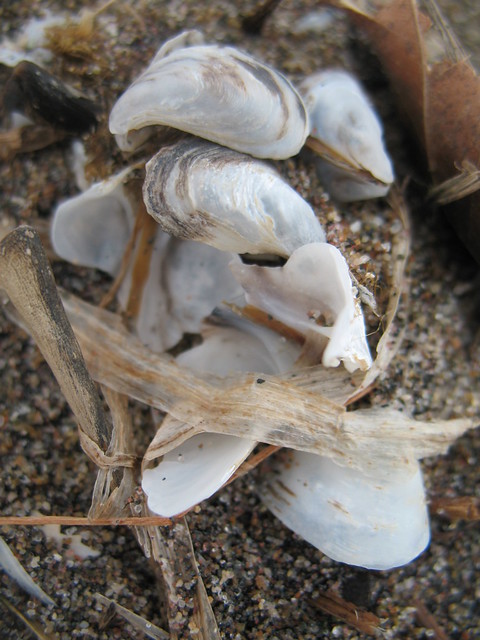 Remember, Lake Erie is a relatively shallow lake and all the water flushes through it in about 2.5 years. That means we can clean it up quickly, which is lucky for people living around it. But as far as the rest of the Great Lakes are concerned, Erie is the canary in the coal mine. If we don’t address these problems now, things will slowly get worse throughout the other lakes, which take decades or centuries to flush. This problem won’t go away fast.

Playing on that beach may be a thing of my past, but it shouldn’t be for millions of other people who live around these lakes.